PART 3: The Battle to Bring Wolves Back to Colorado 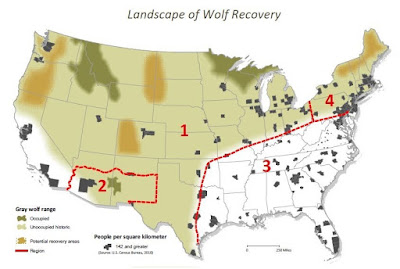 PART 3: Does Colorado Have Room for Wolves?

There’s a movement to reintroduce wolves, and there’s a movement to keep them out. Both anti-reintroduction folks and wolf supporters concerned with wolf safety claim there’s not enough room. How does Colorado compare to other wolf states? Here are some claims and comparisons.

The Claim: Colorado is Too Crowded

Colorado has 5.6 million people and covers 103,000 square miles. Wolves would be reintroduced into the less populated western half of the state.

Minnesota with more than 2600 wolves also has 5.6 million people. And they live in less space (80,000 square miles). Most of their wolves roam the less populated northern part of the state. All are protected by the Endangered Species Act.

Washington with more than 125 wolves has more people (7.5 million) than Colorado. And less space (66,000 square miles). Most of the wolves roam in the less populated eastern third of the state where they are not protected by the ESA.

The Claim: Colorado Does Not Have Enough Public Land

If we’re to have wolf recovery, it must happen on public land, the only home left to wolves. How does Colorado compare with some other wolf states in terms of amount of public land?

Seventeen percent of Minnesota is public land. That’s just 13,600 square miles. Yet more than 2600 wolves manage to live in the state.

The Claim: Colorado Has Too Many Cattle

Colorado has 2.8 million cattle and no permanent wolf population.

Wisconsin has 3.4 million cattle. Have that state’s 900 wolves harmed Wisconsin’s cattle producers? Wisconsin lost 30 cattle to wolves according to the most recent report. Another eight were injured.

Wolves will likely take some cattle in Colorado, especially on public land. But the number taken will not be enough to ruin the livestock industry. And the proposed Colorado wolf reintroduction plan requires reimbursing producers for losses to wolves.

There Is Scientific Support for a Colorado Wolf Reintroduction

Several years ago three scientists, John Vucetich, Jeremy Bruskotter, and Michael Nelson, published a journal paper “A Framework for Envisioning Gray Wolf Recovery.” The scientists state that wolf recovery is feasible in the Lower 48, and the US Fish and Wildlife Service should develop a NATIONAL WOLF RECOVERY PLAN.

The scientists calculated that wolves will recover best where fewer than 142 of us humans crowd each square kilometer. They produced a map (accompanies this post) that shows these areas with too many humans freckle the Lower 48’s eastern half, but the West has few.

Their map also reveals where wolves could live, even if reintroduction is necessary. Three potential recovery areas are in the West. One of them is in less populated western Colorado where the battle to reintroduce is under way.

After considering the claims and comparisons, it seem to me that Colorado has enough room to bring back wolves that lived in the state until the mid-1940s. The real question is whether some Coloradans—like some people in other wolf states—are willing to coexist with this essential predator.

Posted by Rick Lamplugh at 8:31 AM