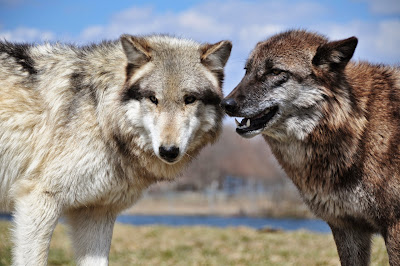 As you probably have heard, the US Fish and Wildlife Service has delisted gray wolves across the Lower 48. This means that the management of wolves will be given to each individual state. Sadly, in most states “management” means “killing.” This delisting will be fought in the courts by a number of conservation organizations. Hopefully—by supporting these organizations and raising our voices—the delisting will be overturned. This is the second in a series of posts that help explain why protecting wolves is essential. Each post ends with a link to a site where you can take action to protect wolves.

Here's the sad but true story of how wolves disappeared from the Lower 48.

A respected naturalist, Ernest Seton, once estimated that as many as two million wolves roamed North America and northern Mexico before colonists arrived. But by 1970 only 700 or so wolves remained in the Lower 48. How did two million wolves disappear? Let’s count the ways.

1. Wolves were quickly eradicated east of the Mississippi

This early eradication of wolves by colonists had its roots in wolf hatred from the Old World. That wolf hatred led to wolves being eradicated from England in the 1500s and Scotland in the 1600s. But such hatred didn’t die with the wolves. It came to the New World with the colonists. Even though most colonists had never even seen or heard wolves, had never lost livestock to wolves, they stepped off the boats into the New World hating wolves.

But then these immigrants and their descendants—our ancestors—added an American twist to that Old World wolf hatred, according to historian John Coleman in his book Vicious: Wolves and Men in America. Given the colonists’ Old World view of wolves as monsters, he writes, one would expect New World settlers to have avoided wolves. Yet Coleman discovered records from as early as 1621 that show the opposite. A settler, in one example, stumbled upon wolves at a deer kill, chased the wolves away, and swiped the meat. Records also document colonists encountering wolves and the frightened animals turning tail.

If wolves were such cowards, why did colonists treat them so viciously? Religion was partly to blame, says Coleman. Colonists thumped the Bible to rationalize wreaking havoc on wolves for the crime of killing their livestock.

Yet settlers aided and abetted the predators’ crimes by grazing livestock in wolf country without proper supervision. Coleman found colonists entrusted their herds to teenage boys “short in stature and attention span.” Wolves—hungry and struggling because settlers had overhunted their natural prey—took some livestock. This scenario moved west with civilization: Everywhere settlers killed wild grazers to make room for livestock, wolves came to dine. And settlers fought back. They didn’t just kill wolves; they ravaged them, Coleman says, because these Euro-Americans fantasized…”to overpower savagery one must lash out savagely.”

The savage wolf—a figment in minds fed with fantasies—fueled the rapid eradication of wolves east of the Mississippi. In 1630 the Massachusetts Bay Colony passed the first wolf bounty. In 1632 Virginia followed suit. In 1697 a New Jersey law established payment for wolf carcasses. Wolves disappeared from Massachusetts by 1840, Ohio by 1850, Illinois by 1860, West Virginia by 1887, Pennsylvania by 1892, and from New York and Kentucky by the late 1800s.

2. Settlers next encroached on wolf territory west of the Mississippi

As wolves disappeared “back east,” plenty of wolves still hunted bison on the Great Plains. Scientists using a new DNA technique calculated that 380,000 wolves roamed the western United States and Mexico prior to the late 1800s and early 1900s. These wolves found themselves in harm’s way as setters migrated west.

Two events helped spur that westward migration, according to Richard Slatta, Professor of History at North Carolina State University. The US victory in the Mexican War which ended in 1848 opened up vast new areas of land in the West. The 1849 California gold rush brought hordes of fortune hunters.

By 1854 the first homesteaders began to move onto the Great Plains, and the 1862 Homestead Act made claiming western lands easier. Anyone willing to settle in the West got 160 acres of free land if they built a home and farmed that land for five years. After the end of the Civil War, western farming boomed. Homesteaders flooded to the Great Plains from 1870 to 1890.

The 1874 invention of barbed wire helped western ranchers enclose large areas of land for their livestock. Around the same time more land became available for fencing and ranching as Native Americans were forced onto reservations. The cattle industry peaked until the early 1880s as railroads provided refrigerated and relatively inexpensive transportation of beef to distant consumers.

So much of the West had filled up with a patchwork of farms, ranches, and towns that by 1890 the Census Bureau declared that the once wide-open western frontier no longer existed.

Of course, these new farms, ranches, and towns arose right in wolf country. Conflict was inevitable as settlers hungry for meat and land to graze their livestock upon killed the natural prey of wolves.

The killing of bison presents a clear—and tragic—example. Perhaps 30 million bison once grazed between the Atlantic coast and the Rockies. And gray wolves—once found in 41 of the lower 48 states—followed these huge herds of bison. Bison were so accustomed to seeing wolves that Native American hunters wore wolf pelts as disguises so they could close in on bison.

Bison were eradicated from Virginia by 1730. By the 1770s, bison had vanished from most or all of the Carolinas, Alabama, and Florida. By 1808 they had vanished from Ohio; by 1830 from Indiana; and by 1832 from Wisconsin. In just 100 years bison had been eradicated east of the Mississippi. Next, most of the millions that remained on the Great Plains were killed to make bison robes, feed railroad workers, and fuel an industrial revolution. They were also killed for sport and as a means of controlling Native Americans.  By 1884 only 325 wild bison survived in the Lower 48. This included two dozen hiding deep within Yellowstone National Park where hunting was not allowed.

The populations of other grazers—elk, deer, pronghorn, and moose—that ranchers saw as competitors for precious grass also declined. As wildlife lost the battle for grass, cattle and sheep moved in. Hungry wolves—deprived of natural prey—took livestock and then paid the price.

4. Wolves were also killed for their pelts and for bounties

In the 1800s, the market for wolf hides boomed as beavers—trapped to make felt hats—neared extinction. Historians Lee Whittlesey and Paul Schullery refer to an 1873 article in Helena, Montana’s, The Daily Herald reporting that a group of wolfers (professional wolf hunters) accumulated about 10,000 wolf hides during one winter.

Meanwhile, as ranchers ran cattle and sheep in wolf country and killed wolves’ natural prey, hungry wolves attacked livestock. Ranchers complained and state governments responded by instituting bounties on wolves—just as the colonies did earlier. In 1838 Michigan instituted a bounty as did Minnesota in 1849, Iowa in 1858, Wisconsin in 1865, Colorado in 1869, Wyoming in 1875, and Montana in 1883.

Whittlesey and Schullery found records that show bounties paid on 80,000 wolves from 1883 to 1918 in Montana and on 30,000 wolves in Wyoming from 1895 to 1917. They caution that these numbers may be overstated because “bounty hunters were creative and energetic in defrauding authorities.” They reference another historian who estimated that the number of wolves killed during the 1860s and 1870s was unknown but a “conservative estimate would be more than 100,000 per year between 1870 and 1877.” That’s at least 700,000 wolves.

This slaughter took various forms. Wolves were hunted with dogs, shot, trapped, and dug from their dens. Wolves died after eating poisoned carcasses left for them. And wolves didn’t fight back. Their natural intelligence, speed, strength, and teeth were no match for our big brains and big arsenals.

But eliminating wolves was not enough. Even as wolves disappeared from the countryside, we kept wolves alive, feared, and hated in literature, especially in children's stories. Take Grimm's Fairy Tales, for example. Though wolves were almost eradicated in Germany by 1812 when that book was published, it contained "Little Red Riding Hood," with its infamous wolf.

In 1886—more than three hundred years after the wolf was eradicated in England—“The Three Little Pigs" was published in The Nursery Rhymes of England. In that tale, a wolf with an insatiable appetite manages to eat two of the pigs before the third kills and eats him. Stories such as these taught new generations to fear and hate wolves that didn't even exist.

Such anti-wolf propaganda was institutionalized in the early 1900s by our government’s first wolf-killers. In 1885, a three-person unit, the Section of Economic Ornithology, was created in the US Department of Agriculture to gather and analyze information on bird migrations. This unit would grow and became charged with killing predators and other unwanted wildlife and in 1997 would be named Wildlife Services—our nation’s secretive and out-of-control wolf killers.

The Section of Economic Ornithology’s job started changing as livestock interests throughout the West lobbied against paying grazing fees on public lands populated with wolves and coyotes. The federal government moved to protect its income from grazing fees at the cost of wildlife. In 1905, the Section of Economic Ornithology became the Bureau of Biological Survey. The newly named agency investigated predator-livestock conflicts and produced publications that described how to shoot, trap, and poison wolves. The agency helped develop the practice of taking wolf pups in the den.

By the early 1920s, predator and rodent control became the main job of the Biological Survey and this paid well. For many years the financial support received from western states and livestock associations exceeded monies appropriated by Congress for the Survey’s budget, according to a Texas Tech University paper.

Between 1916 and 1926 even the National Park Service joined in the killing. Its predator control program resulted in the extermination of wolves from Yellowstone National Park by 1926 or possibly earlier.

In addition to the killing by the federal government, wolf hunts peaked in the 1920s and1930s, with up to 21,000 wolves killed by hunters every year.

By 1970 only 700 of the once two million wolves remained the Lower 48. Those wolves were hiding in the woods of northern Minnesota and on Isle Royale.

6. By 1978 wolves were protected by the Endangered Species Act

Today, my analysis of wolf population reports by states with wolves reveals that 4,410 wolves survive in Minnesota, Wisconsin, Michigan, and Isle Royale. Another 2,400 survive in Idaho, Montana, Wyoming, Oregon, Washington, and California. About 160 Mexican gray wolves survive in Arizona and New Mexico. This means that today only about 7,000 wolves survive in a tiny portion of their historic range in the lower 48. Yet the USFWS says wolves have recovered and no longer need the protection of the Endangered Species Act. Science does not support this political decision.

Here's an action you can take to protect wolves 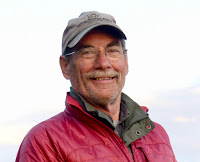 His bestselling In the Temple of Wolves; its sequel, Deep into Yellowstone; and its prequel, The Wilds of Aging are available signed.
His books are also available unsigned or as eBook or audiobook on Amazon.