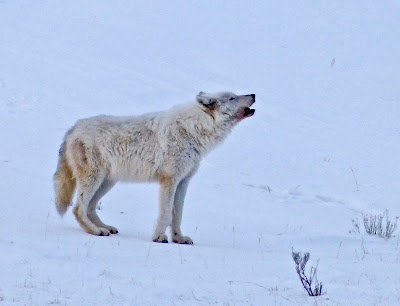 Our actions make a difference! Washington’s Department of Fish and Wildlife has killed wolves regularly despite the outrage of citizens, advocates, and conservation groups. On September 30, Governor Inslee directed WDFW to change their wolf-killing ways. Here are some excerpts from his letter to Kelly Susewind, WDFW Director.

“I write to ask that you make changes in the gray wolf recovery program to further increase the reliance on non-lethal methods, and to significantly reduce the need for lethal removal of this species.”

“For reasons that are not entirely clear, numerous conflicts with livestock producers have occurred in a handful of federal grazing allotments.”

“I share the public’s concern and am troubled that the Wolf Plan does not appear to be working as intended in this particular area in Northeastern Washington. I believe we cannot continue using the same management approach on this particular landscape…The status quo of annual lethal removal is simply unacceptable.”

“…please consider what opportunities exist to work with the U.S. Forest Service and other public land managers to make changes that would reduce the conflicts, including changes in allotment policies for public lands that are prime wolf habitat…”

Thank you, Governor Inslee, for listening to your citizens and working to help wolves survive on public lands—the only home available to them.

And an even bigger thanks to all the citizens, advocates, and conservation organizations who called, wrote, and spoke to the governor. Your voice made the difference!

Here is a list of 26 wolves killed at the request of one ranch, the Diamond M Ranch, in Northeastern Washington. (list by Predator Defense)

I sincerely hope that WDFW and the USFS decide to move livestock off this ranch’s grazing allotment which is in prime wolf habitat. And if Diamond M Ranch does have to move its livestock to another allotment and continues to lose livestock to wolves, I think that the rancher’s privilege of grazing his cattle on public land should be suspended.

To learn more about a plan to keep wolves and livestock separate and alive on public lands, read my post Managing Wolves Requires Managing Cattle.

To Read the Governor’s Letter.

Posted by Rick Lamplugh at 7:22 AM