Shoot Down the Sportsmen's Heritage and Recreational Enhancement Act 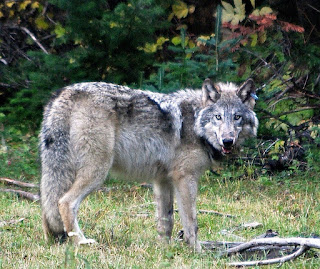 If the Sportsmen’s Heritage and Recreational Enhancement Act (SHARE Act) becomes law, wolves in Michigan, Minnesota, and Wisconsin would be stripped of Endangered Species Act protections. Worse yet, this delisting could not be challenged in court. This bill would also prevent the U.S. Fish & Wildlife Service from ever re-listing Wyoming wolves—or wolves in the other three states—if their population plummets. The Endangered Species Coalition reports that Wisconsin announced plans to kill most of the 900 wolves within the state if this bill passes.

Not only wolves lose under this legislation. The SHARE Act takes aim at bald eagles, California condors, and other birds by blocking any regulation that would phase out the lead bullets and lead fishing tackle that lead to the slow, painful deaths of millions of birds and other non-target animals every year.

The SHARE Act would also open millions of acres of public lands to trapping. This puts anything and anyone that travels through these lands at risk.

Please email your member of Congress today and tell them you do NOT support the Sportsmen’s Heritage and Recreational Enhancement Act (H.R. 3668). Here’s the link to find your representative and send an email.

Photo of wolf by Oregon Dept. of Fish and Wildlife
Posted by Rick Lamplugh at 9:40 AM