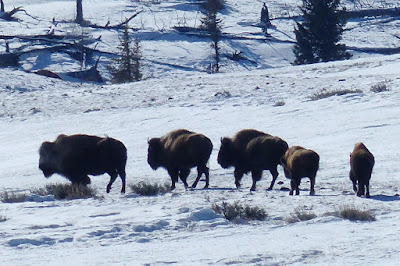 The story of saving Yellowstone’s bison begins on a fall night in 1893 when Ed Howell and his partner left Cooke City, Montana, and snuck a ten-foot-long sled bulging with supplies past a park patrol cabin in the northeast corner of Yellowstone. Pulling the sled, the two tough poachers skied south to where some of the last remaining wild bison in the Lower 48 were hiding. Howell and his partner made camp in remote Pelican Valley beside Astringent Creek.

Their plan, according to historian Aubrey Haines in The Yellowstone Story, was simple: kill all the bison they could find, remove their heads, and hang them in trees to protect them from scavengers. The two men would then wait for spring when they could bring in packhorses, haul their bounty out, and sell the heads for up to $300 each. (That was a lot of money; the average wage at this time was about $10 per week.)

But after an argument, Howell sent his partner packing. Alone, he settled into his tipi to await the morning and the start of a profitable winter.

It’s hard to imagine this scene happening today, but in the early years of the world’s first national park, there were few staff and even less money to protect wildlife. A wildlife protection policy was a work-in-progress. Meanwhile, a growing number of news reports and photographs of park wildlife encouraged some dubious characters to grab their rifles, get to the park, and gun down some animals. Why not? There were no laws to prosecute them, and poaching was profitable.

By February of 1894, Howell had killed “at least six and possibly fourteen or more buffalo,” according to Michael Punke in The Last Stand. But he was running low on supplies and returned to Cooke City to resupply. His passage left tracks found by a scouting party of soldiers. (The army was in charge of the park from 1886 to 1918.) The tracks heading toward Cooke City concerned the soldiers; the mining town just outside the park’s northeast entrance was known as a haven for poachers of Yellowstone bison. 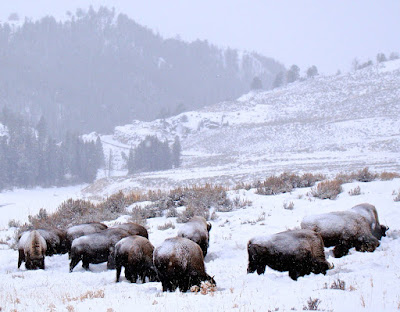 Park superintendent Captain George Anderson sent soldiers to investigate. On the morning of March 12, 1894, a soldier named Troike and a civilian scout, Felix Burgess, left the Lake Hotel where they had spent the night. They skied into a terrific snowstorm.

Early the next morning, the two found six bloody bison heads hanging like obscene ornaments from a tree in Pelican Valley. They continued investigating, according to Anderson’s report, and came upon an encampment in snow marred by human tracks. While searching the camp, they heard six shots. They skied up a nearby hill and from that vantage point saw a poacher about 400 yards away with five dead bison around him. They watched as the man, with his dog standing nearby, began removing the head of one of the bison.

Troike and Burgess wanted to capture this poacher but had to weigh the dangers involved. The first consideration was their lack of firepower. The two had only one weapon, an army-issue revolver. The distance between them and the poacher rendered the revolver useless. The poacher, on the other hand, had a dog that could warn of their approach and a rifle powerful enough to kill bison and accurate enough to kill two distant and careless men.

Their other challenge was the snow. Though the scout and the soldier were experienced skiers, they could hit a patch of crusty snow and break through with a crunch that would resound in the silence of the valley. The noise could alert the sharp-eyed poacher, who might spot the intruders floundering in deep snow and shoot them. If ever accused of the crime, he could claim that he acted in self-defense, since there would be no witnesses to contradict him.

Regardless of the risk, scout Burgess took the revolver and started skiing quickly across the wide-open valley floor. As he closed the distance, the wind grew loud, the snow stayed quiet, the dog remained oblivious, and the poacher continued decapitating. With just fifteen feet to go, Burgess pointed the revolver—a lethal weapon at that distance—and shouted for the poacher to put up his hands and surrender.

Ed Howell was caught bloody-handed on March 13, 1894, the nation’s first capture of a poacher in the act. When Captain Anderson learned of the capture, he was overjoyed with this public relations coup, according to author Jeff Henry. Coincidentally, Anderson was hosting a dinner with journalist Emerson Hough, who, along with photographer F. Jay Haynes, was part of a group exploring Yellowstone for the influential New York weekly magazine Forest and Stream.

Captain Anderson arranged for Hough and Haynes to meet the poacher at a patrol cabin, near present-day Norris Hot Springs. There, Howell bragged to the journalist that his punishment for killing those bison would be nothing more than expulsion from the park and forfeiture of gear worth less than $30. Hough sensed a story and wrote the tale of the thrilling capture of unrepentant Ed Howell. Haynes set up his camera; the captors and poacher posed. The story was telegraphed to Forest and Stream.

Hough’s account of a crime without punishment reached the magazine’s editor, George Bird Grinnell, a renowned and experienced conservationist who had already fought for almost twenty years to protect wildlife, especially bison.


Grinnell vowed to do more than just publish one story. Instead, he peppered Forest and Stream with Hough’s updates on Howell’s case. He included Haynes’ photographs; for the first time Americans saw images of bison killed by poachers.

But Grinnell didn’t stop there. He wrote editorials demanding Congressional action. He encouraged readers to write to their representatives and complain that no laws existed for punishing Howell and other Yellowstone poachers. Once the national press picked up the story, enraged citizens inundated Congress with letters and petitions.

But Grinnell still wasn’t finished. He gathered influential friends and headed to Washington, D.C., where they told the tragic tale of the slaughter of wildlife by poachers with no fear of retribution.

Their powerful presentation and the public outcry did the trick: on March 26—just thirteen days after Howell’s arrest—Representative John Lacey of Iowa introduced a bill in the House of Representatives. The Lacey Act prohibited hunting, killing, wounding, or capturing any bird or wild animal in Yellowstone. It called for appointing marshals to make arrests and a commissioner to decide punishment. It authorized funds to build a jail.

While Grinnell publicized the capture and Lacey introduced his bill, Captain Anderson had to deal with Ed Howell. Anderson resorted to the only tools he had: illegally holding Howell in jail for a month and then legally kicking him out of the park with orders to never return without permission.

On May 7, 1894, a few weeks after Howell was released from jail and left the park, the Lacey Act—which had sailed through the House and Senate—was signed into law. Poachers like Howell could now be arrested, prosecuted, and legally jailed—not just expelled.

For a while, Howell honored his expulsion. But the lure of Yellowstone was too great, and in late July—just two months after passage of the Lacey Act—Howell returned. The park superintendent, writes Haines, found Howell in Mammoth Hot Springs “coolly sitting in the barber’s chair in the hotel.”  He arrested him on the spot—for returning without permission.

On August 8, Ed Howell made history for the second time when he became the first person to be convicted under the Lacey Act, the law his poaching had helped pass. He was sentenced to a month in jail and fined $50—about $1,250 today.

This battle to save Yellowstone’s bison, orchestrated by George Bird Grinnell and fought by many others, was the first national showdown over the environment. This was, says Punke, the first time our nation made “the conscious decision to protect wildlife and wild places when it cost something…” The Lacey Act saved the lives of Yellowstone’s few remaining bison and went on to become the foundation for law enforcement in all our national parks.

I can’t help but wonder what George Bird Grinnell would say about the capture and slaughter of Yellowstone’s bison at the Stephens Creek Facility.

What would he say about the hazing, the blood draw, the bar codes, the holding pens, the injuries, and the slaughter of the descendants of bison he worked so hard to save?

What would he say about killing bison that step just beyond the park boundary?

Perhaps he would say something similar to what he wrote in 1883 in an opinion piece in Forest and Stream.

“Every citizen shares with all the others the ownership in the wonders of our National pleasure ground, and when its natural features are defaced, its forests destroyed, and its game butchered, each [citizen] is injured by being robbed of so much that belongs to him.”

Those words ring as true today.

This court-ordered coalition is composed of eight members: 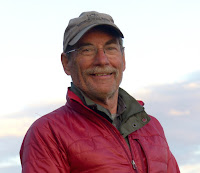 
His bestselling In the Temple of Wolves; its sequel, Deep into Yellowstone; and its prequel, The Wilds of Aging are available signed.

This post based on a chapter of the best selling Deep into Yellowstone.