A Giant Company Attacks a Frog—and the Endangered Species Act 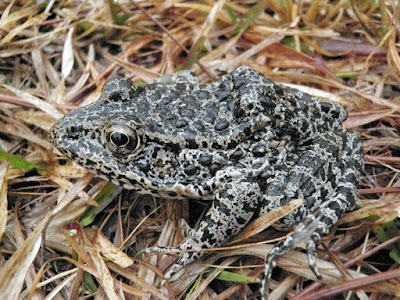 The fates of the dusky gopher frog and the Endangered Species Act are in the hands of the US Supreme Court. All because of corporate greed. The three-inch-long frog is protected by the ESA. Just 100 of these frogs survive and only in Mississippi, though they once lived in Alabama and Louisiana. This legal battle began when the US Fish and Wildlife Service (FWS) designated 1,544 acres of privately owned land in Louisiana as critical habitat for the protected frog.

The Weyerhaeuser Company disagrees with the designation. The company holds a lease on that acreage and claims they could lose up to $34 million if they can’t develop the land because it’s critical habitat. The FWS counters that the designation does not stop future development or land uses, and Weyerhaeuser might not lose a single dollar based on an FWS economic analysis.

Weyerhaeuser argues that the frog doesn’t live on the acreage and hasn’t been seen in Louisiana since 1967. The FWS points out that the frog once lived there, and the land is essential to the frog’s conservation.

Weyerhaeuser warns that the frog couldn’t survive on the acreage in the land’s current condition. The FWS responds that this land is the last and best remaining habitat for this frog in Louisiana and includes the temporary ponds needed for the frog’s recovery.

Lower federal courts were not convinced that the FWS interpreted the Endangered Species Act unreasonably by calling the Louisiana land critical habitat. But Weyerhaeuser will not give up, and has bumped the case to the US Supreme Court.

The dusky gopher frog may not survive if the FWS loses. But Weyerhaeuser will survive if the company loses. Weyerhaeuser is one of the world's largest private owners of timberlands, owning or managing more than 26 million acres in the US and Canada. Why are these 1,544 acres essential to this behemoth?

I believe the tiny parcel isn’t essential. The real issue for Weyerhaeuser (and many other companies) is stopping the ESA from limiting their profits now and in the future—the environment be damned. This legal challenge is simply another attempt to weaken ESA regulation.

Numerous conservation groups are fighting to make sure the dusky gopher frog and the ESA win. The Center for Biological Diversity organized a series of “friend of the court” briefs. One of those briefs includes people who own a business that depends on biodiversity or runs in a way that helps protect biodiversity. As an author who writes about endangered species and their habitats, I and my last two books are included in that brief.

Here’s how Kevin J. Lynch and J. Carl Cecere, the attorneys who wrote the friend of the court brief, explain the importance of ESA regulation:

“Every industry depends upon a biodiverse world to provide the insects that pollinate our food, the drugs to cure our diseases, and the trees we need to prevent catastrophic erosion, to provide us with oxygen, and to scrub the atmosphere of excess carbon. We learn more every day about how every species loss chips away at that economic foundation—with each blow having the potential to produce catastrophic failures. Modest environmental regulation is thus essential to protect our entire economy from collapse."

Limiting ESA regulations could lead to the extinction of the dusky gopher frog and numerous other species, as well as irreparable harm to our environment and economy.

In the end, this court case is about corporate greed versus the common good.

I write to protect wildlife and preserve wildlands. A signed copy of my newest book, The Wilds of Aging: A Journey of Heart and Mind can be reserved.

My award-winning bestseller, Deep into Yellowstone, is available signed from me, or unsigned on Amazon.

My other bestseller, In the Temple of Wolves, is available signed, or unsigned.