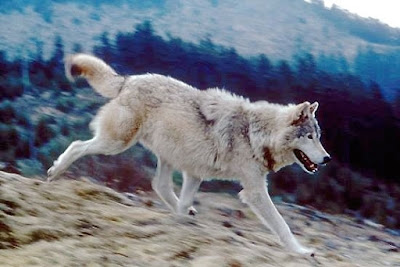 In 2007 the Phantom Hill wolf pack killed sheep and livestock guard dogs on national forest land near Ketchum, Idaho. The typical response to such a depredation would be to kill some or all the wolves in the offending pack. But these wolves were popular with wildlife watchers, and local residents opposed killing them.

The project hoped to prove that nonlethal deterrents could work on large grazing operations, not just small ones. Succeeding on large operations is important because most livestock killed by wolves in the northern Rockies are on landscapes of 10,000 to 100,000 acres. Some wolf experts have written that protecting livestock from wolves over such large areas is expensive, impractical, and ineffective.

A seven-year case study that analyzed the effectiveness of nonlethal deterrents in the Wood River Wolf Project was published last year in the peer-reviewed Journal of Mammalogy. The authors conclude: “Our demonstration project provides evidence that proactive use of a variety of nonlethal techniques…can help reduce depredation on large open-range operations.”

Not only did the project protect thousands of sheep, no wolves were killed in the process. That’s quite an accomplishment in Idaho—or anywhere. The lack of wolf mortality makes this project stand out from most of the programs in Montana described in the first three parts of this series. This final part looks closely at what makes the Wood River Wolf Project succeed.

The study compared the rate of sheep lost to wolves over seven years in a Protected Area and in a Nonprotected Area. Both areas were in remote, rugged, and mountainous national forest where wolves and sheep come to feed from mid-June through early October. Four major sheep producers participated in the project and grazed upwards of 20,000 sheep in the Protected Area each summer.

The project organizers believe that a key component to deterring wolves is knowing their daily or seasonal location. To predict where wolves might be, the project employed technology: signals from radio collars and images from trail cameras. They also relied on human skills: listening to howling, studying tracks and scat, and identifying denning and rendezvous sites. Once wolves were located, the project moved sheep away from wolves or hazed wolves away from sheep.

The project organizers also assume that no single deterrent will keep wolves from livestock over an entire grazing season. Wolves are intelligent, and if one type of deterrent is used consistently, wolves grow used to it and the deterrent doesn’t deter. The project used light and sound devices, fladry, and guard dogs. The project also removed carcasses and diseased animals, penned sheep at night, and increased human presence.

Using additional staff and nonlethal deterrents costs money; one reason livestock producers everywhere often give for not using them. During one year of the Wood River Wolf Project, additional costs for staff and equipment amounted to just one dollar per sheep.

The results of this Idaho project are impressive. Over the seven years:

1. Wolves did not prey as frequently on sheep in the Protected Area as compared to the Nonprotected Area.

Time was essential to this project’s success. At the start of the project, three of the four ranchers resisted changes to the ways they protected their sheep from wolves. Three years later, when the project was supposed to end, those same ranchers as well as county commissioners asked to not only continue the project but to expand it as well. After seven years, the ranchers were so convinced that nonlethal deterrents work they continued the project.

I asked Suzanne Stone, one of the authors of the study, a senior representative for Defenders of Wildlife, and a long-time partner in the project, for her thoughts on how the project’s approach would work with the cattle that are more prevalent in the Montana nonlethal deterrence programs. She said that the approach could definitely be used with many cattle operations. “The project’s success is based on a mix of human presence at night when livestock are most vulnerable, and nonlethal tools like FoxLights and alarms that help increase the sense of risk perceived by predators when they approach livestock. Carcass removal is a key component as well because leaving rotting livestock in the open attracts predators.”

I also asked Stone what makes their program so successful at keeping wolves alive. She gave part of the credit to Rick Williamson, the former USDA Wildlife Services wolf control specialist for Idaho.

She described a night when wolves took twelve sheep, the biggest single depredation in the project’s history. A miscommunication between the ranch operators and the project’s field techs accidentally helped set up that depredation. The project knew that a large group of sheep was in an area where wolves were present. The field techs stayed with the sheep, and during the night wolves approached. The guard dogs barked and the techs set off air horns and used high beam flashlights to scare away the wolves. Though that seemed to end the danger, the techs did not know that some sheep had been split from the main group and—though less than a mile away—were unprotected. Wolves took twelve of those unprotected sheep.

The rancher who lost the sheep could have asked to have the wolves killed. Rick Williamson talked with the rancher, explained the miscommunication, and encouraged leniency. The rancher listened but was not yet convinced. Williamson encouraged Stone to call the rancher and the rancher to talk with Stone.  After conversations with Stone and Williamson, the rancher decided that the wolves were not at fault and the project could continue using nonlethal deterrents instead of resorting to lethal control.

Stone adds, “The Wood River Wolf Project owed a great deal of its success to Rick Williamson who was one of the project’s first advocates. Rick passed away last month but we will never forget his countless contributions and encouragement.”

To me, this story presents what may be the most important reason the project succeeded at keeping wolves alive while protecting livestock. The project uses the same nonlethal deterrents that ranchers use in the Montana programs. But when deterrence failed, three key partners in the project—the rancher who lost sheep, a Wildlife Services agent who had authority to kill wolves, and a representative of a conservation organization—agreed to not go lethal. They were willing to admit that the wolves were not the only ones at fault. A miscommunication had helped create a situation where the wolves could do what comes naturally: take the easiest prey. Then, much to the partners’ credit, they avoided what comes naturally in most other programs: kill the offending wolves.

This was not the only time the partners decided to not go lethal. Stone reports that the project lost thirty sheep—one or two at a time—over ten years in the project area. Going lethal was always a possibility and always rejected.

This willingness to try and try again to truly coexist is essential to keeping wolves alive. The wolves that took the dozen sheep did not become habituated to livestock as many ranchers might believe they would. Those wolves did not put the rancher out of business—the rancher was eligible for reimbursement for the losses. Those wolves did not make the project a failure. In the end, the actions of those wolves and the reactions of the partners make the Wood River Wolf Project a shining example for other nonlethal deterrence programs in Montana and elsewhere.

Though a great success at keeping livestock and wolves alive, this program could die for lack of funds. As Stone says, "There seems to be plenty of funding for lethal control to pay for expensive helicopters and sharpshooters but Idaho isn’t budgetIng a penny for nonlethal deterrents to proactively protect livestock from wolves or other native predators.”

If you would like to help keep the Wood River Wolf Project alive, here’s a link to donate

To read or listen to Part 1

To read or listen to Part 2

To read or listen to Part 3 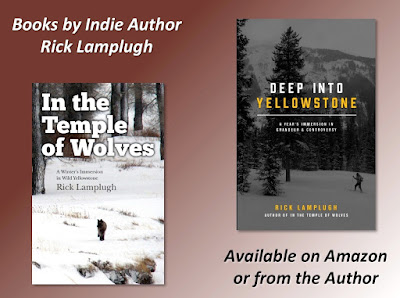 His new book, Deep into Yellowstone, is available signed from Rick,
or unsigned on Amazon.

His best seller, In the Temple of Wolves, is available signed, or unsigned.

A signed set of both books is available with free shipping.